In this module you will learn what the Function keys are, and what Functions they perform when combined with the VoiceOver keys.

Can’t see the video above? view it on YouTube.com

What are the Function Keys?

By default, every Mac has already assigned commands to the F1 through F12 keys. However, in order to use VoiceOver in conjunction with these keys, the Function keys must be set to be used as standard Function keys rather than using the hardware controls assigned to these keys. This is done under keyboard in System Preferences.

To open System Preferences, do one of the following:

From the Apple menu

In System Preferences, to set the Function keys as standard, rather than hardware, Function keys, do the following:

Now you are ready to learn what each of the Function keys does in combination with the VO keys.

Function Keys With The VO Keys

To perform each of these actions, press and hold down the VO keys, then press the Function key listed, and the number of times instructed. The information about what the key combination does is given beside each key combination.

You will be able to demonstrate the following:

Watch The Video For VoiceOver Help Below

Can’t see the video above? view it on YouTube.com

Before we get started with the operating system and everything that will undoubtably change you’re understanding of your computer forever; its important to note that you will get stuck not knowing a command or not being able to figure out how to accomplish something. We will start with VoiceOver help so that when these things happen you will be able to easily work through them.

VoiceOver Help will be denoted below as simply VO Help in some instances. You will access VO HELP to find out things like the different VoiceOver categories of commands and how to use them.

VO HELP can be accessed by holding the control and option keys down and pressing the letter “H”. You will hear VoiceOver say “VoiceOver Help menu 6 items”

The six items are:

Once you access VO Help, find the command related to the task you want to perform. When you have found the keystroke you want, you should commit the key command to memory because as you practice using the command it will become second nature. There are VoiceOver Help items that do not have associated key strokes, but still they serve as helpful. There are items in the VO Help that if pressed they will perform a particular task, but they do not have assigned keystrokes or a menu.

Now that we understand how to access VoiceOver Help, its time to introduce you to the Commands Help Menu.

You can access a category by arrowing down to the desired choice and pressing return or the right arrow to open its menu. This will open a list of commands you can arrow up or down through in order to familiarize yourself with them.

Here’s how it works in practice. Lets say you wanted to read from the beginning of a document, but you didn’t know what the command was. The long way to do this would be to press VO-HH, arrow down to the Text Menu, and press either the Right Arrow key or the Return key to open its menu.

Once opened, you’ll be presented with a list of commands related to text. Find the item that says, “Read from Beginning – Control, Option ‘B,” by arrowing down through the list. The Control, Option B tells you that to read from the beginning you will need to press the VO keys and the letter “B”. Once you commit this command to memory; you can use it on most all groups of text in documents, e-mails and web pages.

Now that you know how to access VoiceOver help whenever you need it. Its time to move on to the Apple Menu and Menu Extras.

Stay Up to date with Fedora Outlier LLC 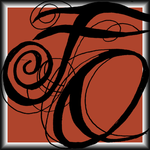 When you sign up, you’ll receive a sneak peak of the curriculum for all Foundation Courses!

Success! Now check your email to confirm your subscription.